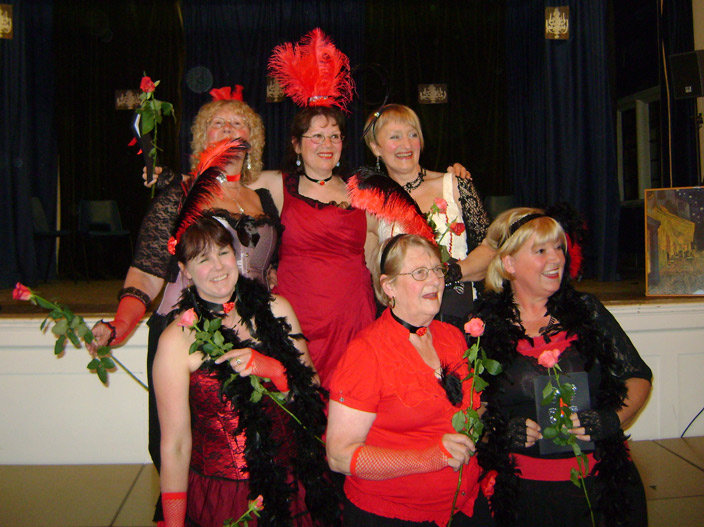 In July 2010 The Malmesbury Singers tempted fate by putting on a “semi-staged” version of The Merry Widow – An Operetta in Three Acts performance in a shortened concert version.

Franz Lehar’s comic operetta has maintained its appeal for more than a century. Many of us have known unforgettable melodies all our lives.<!> In this rendition we performed a shortened concert version of the operetta, and for the “missing scenes” a narrator helped bridge the “gaps”.

It could be argued that aside from our talented “Anna”, skilfully and artistically played by Nicki Heenan, the Grisettes tried their hardest to steal the show and had the audience clapping along with their antics.